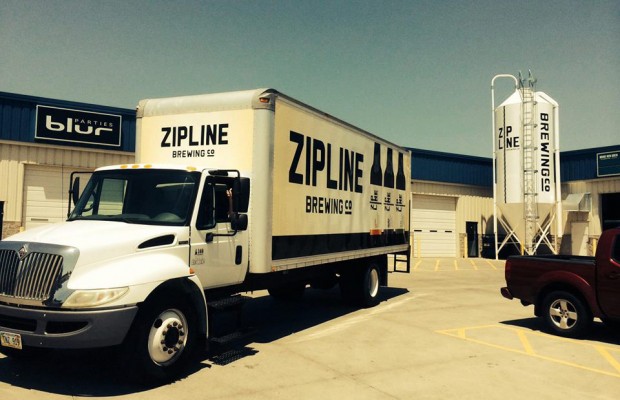 The governor-approved Nebraska Craft Brewery Board will be a big boon in not just promoting tourism, but working on research to help further growth in hop farming, malted barley and adjunct production, and help add more production breweries and brewpubs which currently has 35 running in the state.The formation of a new state-funded board to help promote and encourage the growth of the craft beer industry in Nebraska is almost to the point of function.

Although a separate entity that the Nebraska Craft Brewers Guild, it will not be a competitor said guild president Tom Wilmoth, a co-founder of Zipline Brewing in Lincoln.
The state board will focus on promoting the craft beer industry as a whole, from studies in hops and grains; promoting tourism; to working with the University of Nebraska on a myriad of different studies, both agricultural and economic.

“Let’s stop fixing problems and let’s create a body that can use some public monies to study these bigger question problems that not any one individual brewer has the time or energy or funds to look at,” Wilmoth said to sum up the thought process behind the board.

The birth of this board came after a loosening of the laws about 18 months ago after the guild met with wholesalers to see how both sides could find ways to grow craft beer in the state.

Eliminating a 20,000-barrel cap on licensees which would have had them lose its retail space and allowing them to rather grow came out of that meeting and paved the way for the governor-appointed board to be created this year through LB1105. Both aspects had broad approval by the state’s bipartisan unicameral legislative body.

It will be similar in scope as the Nebraska Grape & Winery Board, a five-person board run by the Department of Agriculture that was formed in 2000.

The board will receive funds from certain state licenses and make recommendations on how those funds should be used in partnership with the guild or other organizations to administer studies or promotion.

Although some focus may be on helping promoting tourism, Caleb Pollard of Scratchtown Brewing in Ord, a town of just more than 2,000, thinks that the board being able to work with the University of Nebraska in research and development will be catalysts in growing the industry in the state.

“It helps gives us resources to develop a number of means in which to improve quality and the connectivity of the local supply chain,” Pollard said. “It puts some legitimacy behind the industry in the state and gives us recognition that we are an emerging power in our communities as job creators and purveyors of finely crafted beers. We have some real world-class beers in this state and that is exciting.”

Pollard helped start Scratchtown in 2013 in a small community and he says he sees what impact a new industry in a small town can have.

“Be it direct with tax payments or indirect with benefits from beer tourism, this is just more fuel that pushes this in a direction that will benefit Nebraska as a whole,” he said. “In the state, only two percent is craft beer drank, so we have 98 percent of market opportunity to grow our business.”

Wilmoth said that he has submitted 10 names for the board, while 10 other names will be given by the wholesalers group to Nebraska Governor Pete Ricketts. The governor will pick two names from each list for the board and then three more people will be named at-large to complete the seven-person board.

There is no timetable set for the board to be announced, but Wilmoth said next week there may be plans for the governor to make his appointments.

“We have been telling people if we do this we aren’t just promoting the 30-some breweries here in Nebraska, but we are promoting the hop growers, the grain growers and beer equipment manufactures,” Wilmoth said. “We sold it as a jobs growth deal in multiple sectors and I think it is exactly that. When a new brewery opens up here, another person gets hired on the equipment end or someone starts growing hops. All those connections just spiderweb from the craft beer center.”
Photos courtesy Scratchtown Brewing Company.